Do Dog Worms Transfer to Humans?  Important Info to Protect Your Family

I was playing with my dogs and kids the other day and wondered to myself whether dogs can transfer worms to humans, are my kids or myself at risk of getting parasites from our dogs? Despite speaking with our pediatrician and being told worms in children are rare, it seems it is worth some consideration.

Read on to learn more!

Table of Contents hide
1 Disease from Dog Worms
1.1 What is a Zoonotic Disease?
2 Do Dog Worms Transfer to Humans?
3 What worms or parasites in dogs can transfer to humans?
3.1 Dog Intestinal Roundworms and Hookworms
3.2 Dog Tapeworm
3.3 Dog Giardia
4 Conclusions 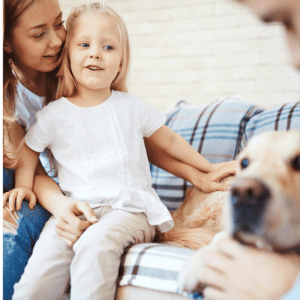 The thought of having a dog worm transfer to any human let alone anyone in your family is cause for concern, however, it is really the disease caused by the dog worm that one should consider.

With 54% of American households in the U.S. have dogs as family members and 84% of those millennials it is important to consider whether dog worms can transfer to humans and if, so the disease they cause.  Here at The Popular Pets, we know dogs are the most popular pet in America for good reason and also know that with proper management a healthy and fun environment can be had by all.

What is a Zoonotic Disease?

According to the CDC a zoonotic disease is a disease spread between animals and people.  Certain zoonotic diseases are caused by parasites or worms but zoonotic diseases can also be caused by viruses, bacteria, and fungi.  The symptoms of a zootonic disease vary, certain people with zoonotic infections can be very sick with diarrhea, muscle aches, and fever but some people have no symptoms and do not ever get sick. 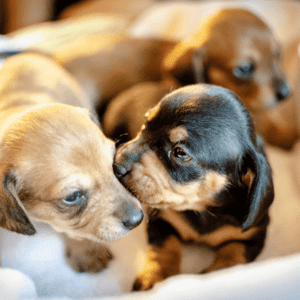 Pets can carry and pass parasites to people which can lead to a zoonotic disease.  Young animals, such as puppies and kittens, are more likely to be infected with roundworms and hookworms which are transferable to humans.

Do Dog Worms Transfer to Humans?

What worms or parasites in dogs can transfer to humans?

Certain worms in dogs may transfer to people causing zoonotic disease, they include:

Infection of humans by the common roundworms of dogs and cats can occur in humans who accidentally ingest infective eggs from contaminated environments.  According to DVM 360, infections with hookworms remain common in dogs and cats, with the highest prevalence in the southern United States, mainly in coastal areas from southern New Jersey to the Florida Keys and westward along the Gulf of Mexico to Texas.

The most common way that the roundworms and hookworms are transferred to humans is from contact with moist or wet sand or loam soil containing the larvae of hookworms from the feces of dogs and cats, usually in unprotected sandboxes, and on beaches.

Zoonotic tapeworm infections associated with dogs and cats include flea tapeworm.  This dog worm transfers to humans and is most commonly acquired when a person, usually a young child, accidentally ingests a flea carrying the larval stage of the tapeworm.  Pets can get tapeworm from eating wildlife. 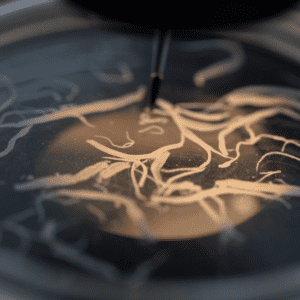 Giardia is a bit different and is a protozoan parasite that infects the intestinal tract of many animal species including humans.  This dog worm is transferred to humans by environmentally resistant cysts that are passed in the feces of infected animals or contaminated water, which are immediately infective if ingested by humans.

According to DVM 360,  Giardia can cause acute gastrointestinal signs as well as chronic disease in humans,  Giardia species infections are common in dogs and cats throughout North America

Dog Giardia can be transferred to humans through contaminated drinking water

Parasites can cause Zoonotic disease but interestingly at the same time, according to Dr. Peter Schantz, none of the zoonotic parasitic infections acquired from dogs and cats are reportable diseases in the United States; consequently, no systematically collected data on the frequency of these zoonotic parasitic infections exist.  So when you ask at your next Dr.’s appointment about the prevalence of parasites and zoonotic disease your pediatrician or doctor may not truly know.

Proper testing for parasite infection and parasite management is the best way to care for your family.

Accordingly, awareness of the worms and disease is essential to keep your pets and family safe and healthy and to provide preventive care.