Important Dog Statistics and Facts Updated 2022 (Dogs and Relationship Statistics May Surprise You!)

Dog statistics are the truth.  The statistics and facts you find below are about the dog industry and our relationships and the growth of dogs in our lives.  These statistics are not only interesting but can add to a news story or article.

54% of American households in the U.S. have dogs as family members. See source

82% of millennial pet owners have a dog. See source

Baby boomers and millennials are the largest percent increase in dog ownership.

Dogs have not always topped the list of the most popular pet in America. U.S. pet ownership has propelled in the last 20 years to the staggering number of households owning a dog which almost ⅔ of all households in the U.S. As a result there has also been a 298% increase in household spending on their dogs. See source

Dogs have propelled themselves to be the most popular and favorite pet in America for a number of reasons including:

What we all know is their lovable personality,

Dogs can also increase our mood and reduce stress and depression

The growth of technology and reduced social interactions See source

The average dog visits the veterinarian 2.7 times per year, which is the highest rate of any pet except birds, which visit 3.1 times per year. American Veterinary Medical Association

Research at Tufts has shown that cats in a home of smokers are 2.5 times more likely to develop cancer and vets believe that the same prevalence would be for dogs. See source

In 2021, the APCC call volume increased more than 22%, and the team assisted 401,550 animals of all sizes and species across all 50 states, with cases ranging from gardening product toxicity to essential oil ingestion. See source

Human over-the-counter (OTC) medications lead the top toxin list for the fourth year in a row and make up more than 17 percent of APCC’s call volume. While pet owners tend to be more careful with food items they know are toxic such as chocolate, human medications are more dangerous given pets’ smaller size and their accessibility to pets around the home.

54% of Dog Owners Would Consider Ending a Relationship if Their Dog Didn’t Like Their Partner. See source

In a 2022, study, performed by The Popular Pets, 52% of males and 48% of American females between the ages of 25 and 45, would rather spend Valentine’s Day with their dog, and 84% of males surveyed would buy a Valentine’s Day Gift for their dog. See source

The Term man’s best friend In fact, the phrase “man’s best friend” originated in the American Supreme Court in 1870 when a talented lawyer named George Graham Vest defended a man who deeply loved his coon hound named Old Drum. Vest argued that when a neighbor killed Old Drum for trespassing, the neighbor took the life of more than just a pet—he killed an important family member.

Vest famously stated, “The one absolute, unselfish friend that man can have in this selfish world—the one that never proves ungrateful or treacherous—is his dog.” See source

The average lifetime cost of raising a dog is $23,410 See source 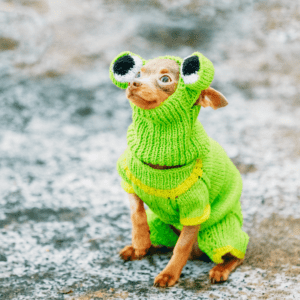 Many dog owners buy outfits and costumes for their pets

40% of dog owners and 25% of cat owners buy clothing or costumes for their pet. See source

More statistics from the 2021 dataset from Best Friends Animal Society:

About 4.1 million animals are adopted from shelters each year in the United States. Approximately 2 million of these shelter animals are man’s best friend. See Source

An estimated Twenty percent of dogs are brought to shelters because they are too old and by that seemingly too demented. See source

8 million dogs go to work with their owners See source

75-85% of all the dogs in the world are free-range See source For instance, we once were on a trip to Istanbul, Turkey and dogs roamed the streets with tags. They were provided food and water by the local government.

25% of dog owners say that they obtained their pet from an animal farm or a breeder, and 25% got their dog from either a friend or relative. See source

There are over 150 different dog breeds. See source

The Labrador Retriever is amongst the most popular breeds in the United States and the most registered breed in the American Kennel Club yet it has never won “Best in Show” at the Westminster Dog Show or the National Dog Show.

The Golden Retriever topped the list as the third most popular dog breed in the United States in 2021. However, this was based on the AKC registration statistics. Many dogs not purebred like the Doodles would not be registered and therefore not appear in these statistics. See source 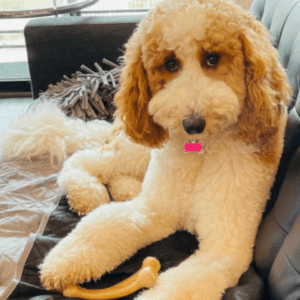 Doodles are increasing in popularity!

There are 61 different types of Doodle crosses. See source Check out 20 of them in our article What is with the Doodle: 20 Doodles and pictures

French Bulldogs are the second most registered dog in the United States and German Shepherd is number four. See source

The Cane Corso is the strongest dog breed in the world not American Pit Bull Terriers that comes instead in number five, even after a Great Dane and Siberian Husky. They are both majestic and strong and often used a protector. The Cane Corso was first bred for its loyalty and protective instincts in ancient Roman times. The breed is heavily muscled at often more than 100 pounds and 28 inches at the shoulder. It has an intimidating stance and clear intelligence behind its eyes. Because they are so imposing and able to so effectively scare away intruders, the Romans’ chosen name of Cane Corso for the breed translates from Latin as “bodyguard-dog. See source

We love dog names and the trends associated with a popular name but what we are always surprised with is how consistent popular pet naming is I guess we are creatures of habit and trends in this area move slowly, especially with our furry friends.

I love dog names so much that have an entire chapter in Motherpuppin’ Adorable: What to do when your dog is better than everyone else’s dedicated to dog naming!

The most popular puppy names for 2022

Guinness World Records dictate many of the world’s statistics. For instance, the tallest dog ever in Guinness World Record History is Zeus. Putting the “Great” into his breed’s name, this mega Great Dane extra large mutt lived with the Doorlag family (all USA) until his death in 2014. He stood an unparalleled 111.8 cm (3 ft 8 in) from the ground to the withers (the ridge between the shoulders). To put that in context, it’s about the same as two golden retrievers standing on top of each another – or a stack of four pugs says the Guinness Book of World Records

The shortest dog to ever live is according to the Guinness Book of World Records by height is Chihuahua Miracle Milly. Owned by Vanesa Semier (PRI) from Puerto Rico, Milly was a mere 9.65 cm (3.8 in) to the shoulder, as confirmed in 2013 – that means she is dwarfed by an average can of soda! 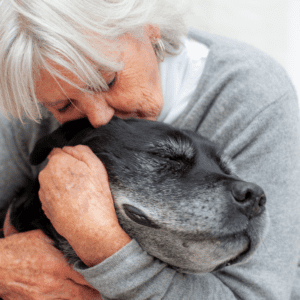 We love Senior dogs at The Popular Pets and are inspired by our own senior dog Zooey. Companion animals like dogs age at various different stages but upon reaching the last third of their life they are referred to as Seniors. With this age group comes many health problems that result in surprising statistics.

There is no legal requirement for the content of senior dog food. Although the nation spends millions yearly on this food there is no mandated content unlike puppy food with very specific requirements of vitamins, minerals, and protein. See source

“Holistic” “Premium” “Organic” and “food grade” have no legal meaning in dog food unlike at least for “organic” in the human food context. See Source

One in five female dogs and an even larger proportion of large female adult dogs develop incontinence usually passing the urine while sleeping. See source

Doberman Pinscher and Giant Schnauzers appear to be the dogs most affected by urinary incontinence. See source

Canine heart disease is rarely about clogging arteries it is about a degradation of the valves called chronic valvular disease which accounts for 75-80% of all heart disease in dogs. See source

An estimated 19 percent of dogs eleven to twelve years old (roughly seventy-seven to eighty-four in human years) have canine cognitive dysfunction; for dogs fifteen to seventeen years this increases to 47% See source

An estimated Twenty percent of dogs are brought to shelters because they are too old and by that seemingly too demented. See source