7 Irresistible Breeds of Dog with Beards (#6 Will Surprise You!)

Beards are in let’s face, not my thing on a human but a beard on a dog oh yeah!  Which is why I had to check out the most adorable dog breeds with beards.

There are a host of dogs with adorable beards they tend to be in the hunting or working group as usually hair on a dog is meant to serve a purpose – take the dreadlocked dog Puli!  The Puli’s fabulous dreadlocks were for protection whereas a beard aside from catching stray crumbs also had a purpose.

According to the AKC a dog’s beard was there to protect their muzzles from defensive animal bites, as well as thorns, branches, and anything else a fearless pup might run into when he’s on the hunt which makes sense when we consider that most bearded dogs are from the working dog group (Learn more about AKC groups on our Humourous Dog Group Poster)

Now that we understand the purpose let’s get to the goods. 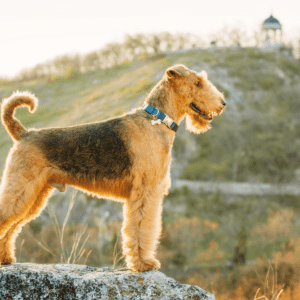 Called the “King of Terriers,” the Airedale Dog Beard is adorable next to his intelligent eyes.  The AKC site does not mention anything about grooming this beard which makes me suspicious since the human beard care industry is supposed to reach $26 Billion by 2026 and this puppy has one that looks like it will need some care. 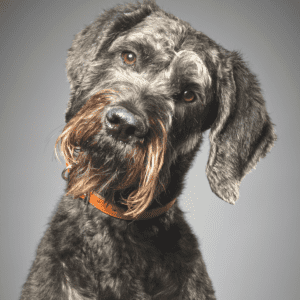 Giant, Standard, and miniature they all have a beard.  The are supposed to be grey salt and pepper-like but these dog beards  usually come in a color that is a shade of brown.  The Schnauzer is another keen, intelligent dog that originated as a German farm dog, this dog beard was for protection.

This gentle giant is just maybe my spirit breed.  Despite their origins as big game hunters, they are known to be gentle kind, and a little serene.   A beard seems to suit this demeanor and it seems along with that beard the Irish Wolfhound should also have a pipe. 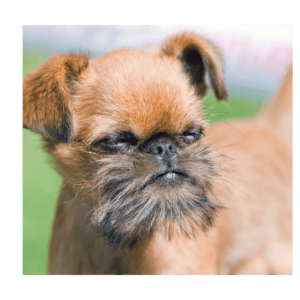 (which think should be renamed the endearing and unfortunate-looking dog competition if there has to be such a thing at all.)  Still, they meet our list and despite having a black beard it still seems to show the guck but it is all part of the charm of one of these guys.

I had a German Pointer without the wire hair and loved it but all I have to say is thank goodness she did not have a beard since one more thing to have to address with this wild and crazy gal would have been rough.  The German Wirehaired Pointer’s shaggy coat and protective eyebrows and wiry hair are really necessary when this dog is doing what it was bred to do, hunt like crazy (pick up your cats near this one!)

Xoloitzcuintli (pronounced “show-low-eats-QUEENT-lee”) what you say a beard?  But, this breed is hairless it is actually in the American name (not the real name) of this dog.  Well sometimes this breed of dog does come out and yes, it has a beard and quite an adorable one at that if you have been checking out our IG account you would seen Inty pop up now and again and he is a guy with a beard and also a purebred Xoloitzcuintli. 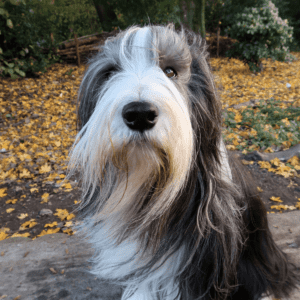 As the name implied this dude has a beard there is no flim-flam with the hair vs no hair dog.  It comes out with a beard and has one this dog was bred to be out in the field and herding animals so along with expected energy level expect to be picking twigs and grass out of his beard, unlike its cousin the Collie that has no beard.

If you have a thing for beards one of these guys with a dog beard may be just for you but expect to have all of the fun of owning a working dog.